Background & Objective: Major depressive disorder (MDD) has been associated with inflammatory processes, including increased cytokine levels, even in individuals who are otherwise physically healthy, while some MDD patients may show insulin resistance (IR).

Method: However, correlations between cytokines and IR parameters have not been studied extensively in MDD. In the present study, we measured IL-1β, IL-4, IFN-γ, TGF-β1, insulin and glucose in 63 MDD patients and 27 healthy controls. The associations between cytokine levels and IR were examined.

Conclusion: The present study further confirms that MDD is accompanied by activation of the immune system with significant elevations in the levels of four cytokines. These results indicate stimulation of the immune system and increased IR and modulation of IR by increased cytokine levels in MDD. These findings show that immune activation and associated IR are a new drug target in depression. 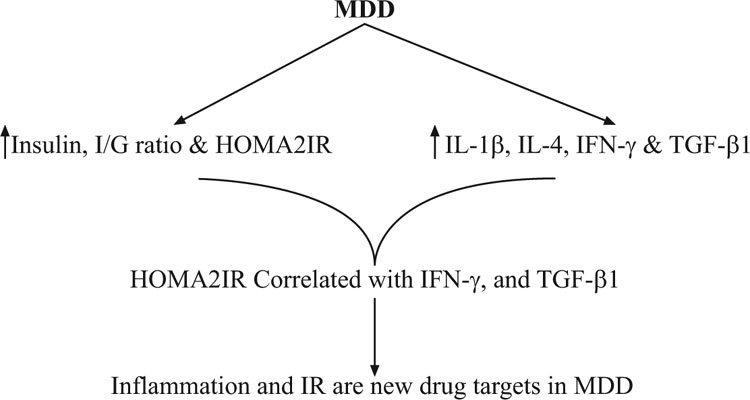